Yes I have been slacking. But no it’s not about my exercise regiments, but rather my blogging of those activities.

Since May 19th, I revise my exercise regiment to include 2 running and 1 cycling sessions every week. I said previously that I no longer focus in chalking mileage, but I have been gradually increasing the distance each time I run. On average I still clock about 20-22km a week until recently I have started to stretch myself to run more than 12km, while keeping at the aerobic zone. The first time when I completed 13km on 7th June, I felt great although I could feel a significant strain on my ankles. I ran another 13km a week later, and on 18th June, I attempted a unthinkable goal — 15km. The initial plan on that day was to run 13km, but 4km into the session, I felt I was in very good condition to do a 15km instead. 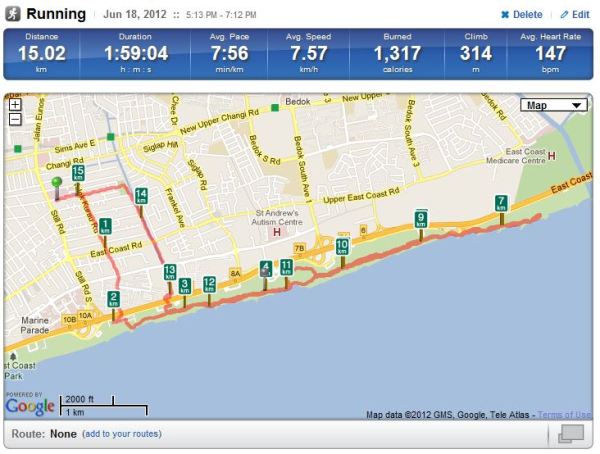 For the first 1 hour, I keep my pace to stay at aerobic zone. So by the time I was at 10km mark, I could still go on, and at a faster and steady pace. Amazingly, by the time I completed the 15km distance, I have an average pace of 7.56min/km, slightly faster than the previous 10-12km run. Obviously, there is nothing to shout about, in completing a 15km in 119 minutes, but considering that I struggled with 1.5km 6 months ago, I felt a great sense of accomplishment here. The question now is increasing the distance or  pace in my subsequent runs, and I thought I would just continue my aerobic routine for another month and those two aspects should be fulfilled naturally. 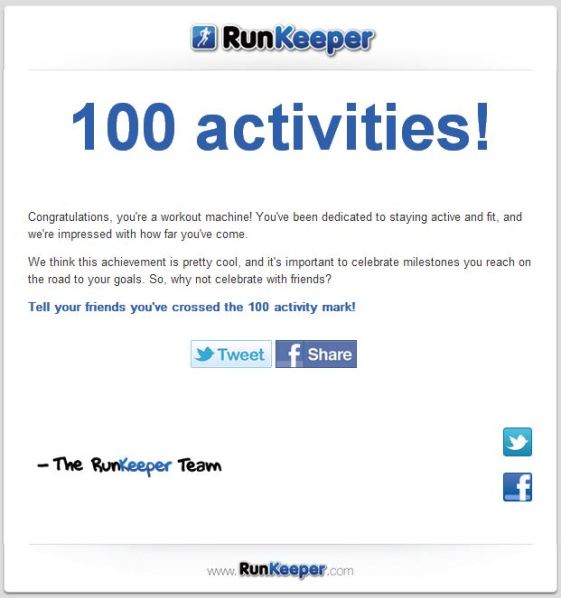 In the meantime, I have achieved the 100 activities milestone. That includes some cycling activities which I started on 24th May.  Speaking of which, the first cycling session was just a modest 17km route. Given my general inexperience with cycling, I keep my cycling sessions to East Coast Park. Fortunately the park is within cycling distance from my home. Cycling in the park has its challenges too, as I have to avoid kids or even adults who either jaywalk or hog the cycling lane, especially on a busy Friday or weekend. I completed my first 40km cycling route on 1st June, as I cycled all the way to Changi Village via Changi Coast Road and back. While I managed to maintain an average speed of 20-21km/h in the first 30km, the last 10km was a struggle for me, probably lack of sufficient fluid replenishment.

By now, I have completed 95 running activities, covering a distance of 636.14km. On the cycling front, I have completed 8 cycling activities with a distance of 180.22km. Now I’m facing a challenge of keeping up the regiment as I am possibly going to take up a new role in July which may not give me the time flexibility that I enjoy right now. Let’s hope I can continue to find time amidst my hectic schedule to continue the exercise regiment!